Due to the nice break in weather yesterday, I took Buddy and the boys to air out some at the dog park.

This was my first time at such a place.

What a strange, disgusting concept.

Let’s put a bunch of dogs in a fenced in area, so they can run around slobbering and sniffing each other’s butts, while their owners stand around and chat each other up.

But the boys were happy, especially Michael. So I pretended to like it, too, even though I was innerly retching. This is a mother’s love and that’s about it because the whole dog scenario has not grown on me one iota.

Except this iconic-looking picture – boy and his dog – makes me smile because I know that in this moment Michael was perfectly at peace. 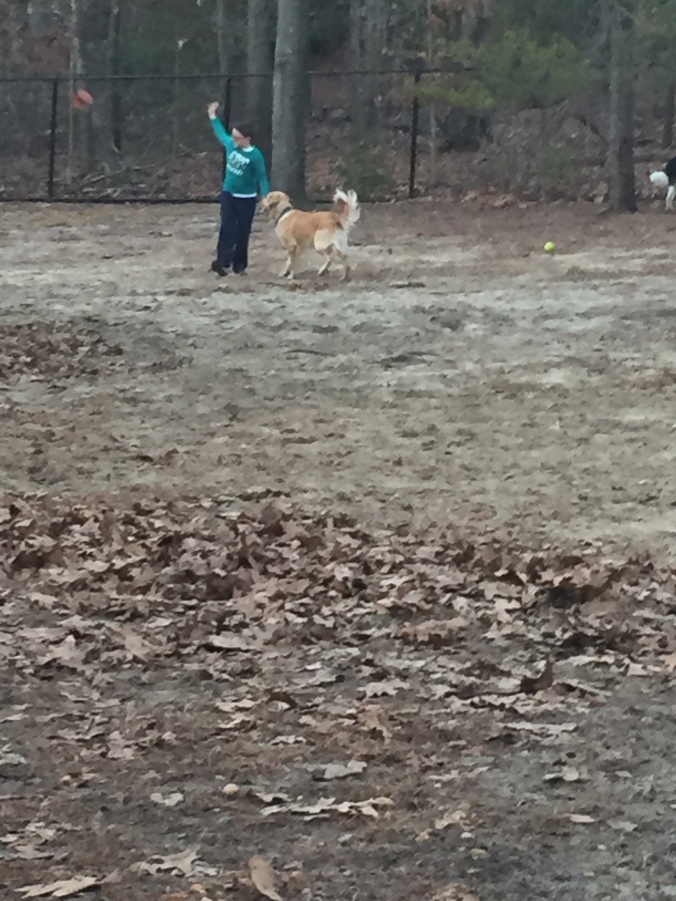