Justin is feeling his usual ups and downs since the start of another round of chemo. One minute he’s a normal kid; the next minute he is nauseous, wiped out on the couch or having a roid rage tantrum.

Recently I have been asked this question several times: why is Justin’s treatment so LONG? Leukemia is called a “liquid tumor” because it’s not localized and less complicated to pinpoint. Even after many rounds of chemo, tiny leukemia cells hide undetectable in the blood, bone marrow, spinal fluid and testicles. Long-term chemotherapy is a “mopping up” of these cells, while also acting as a preventative for new and more aggressive cells to form. This is my understanding based on discussions with Justin’s oncology team as well as my own research. If all goes according to plan, we have 13 months of treatment to go.

Here in the photos, we are making time for Nicky and Michael, which is always a challenge to find. Jeff and Michael are in Philadelphia for the Eagles parade while I crash Nicky’s recess.

Justin tries a Big Mac for the first time to satisfy a steroid craving and TV-commercial-induced-curiosity. Buddy loves to play with the boys, and has turned out to be a good fit for us. Even though we should probably now replace the living room carpet, and I am gagging over the smell of wet dog. Gross.

Thank you for continued support and prayer. God is taking good care of us. 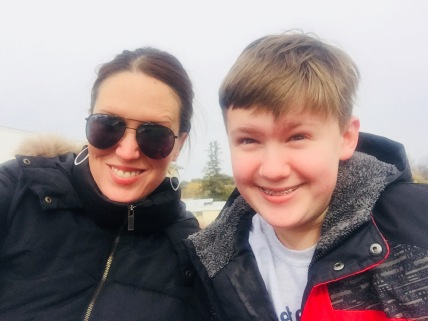 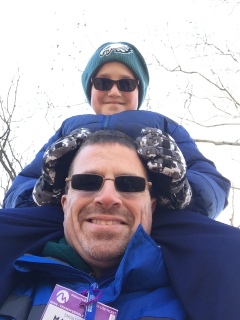 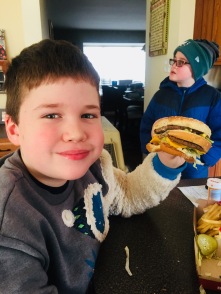 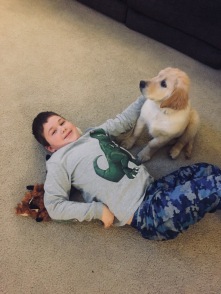