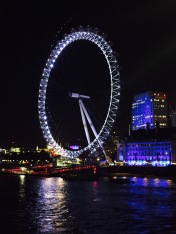 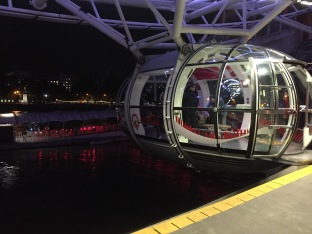 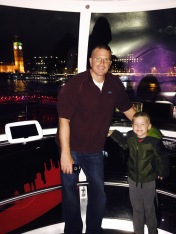 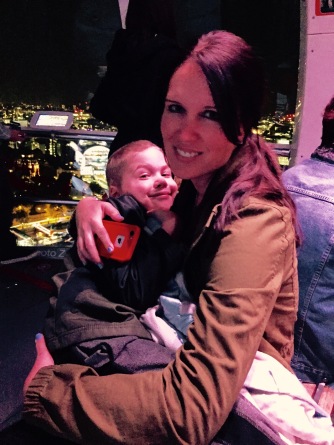 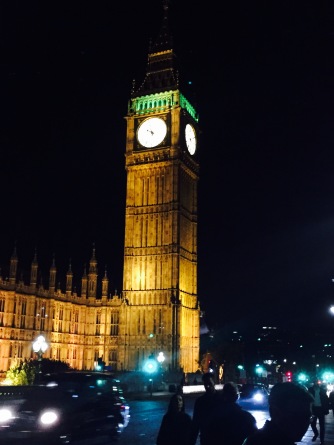 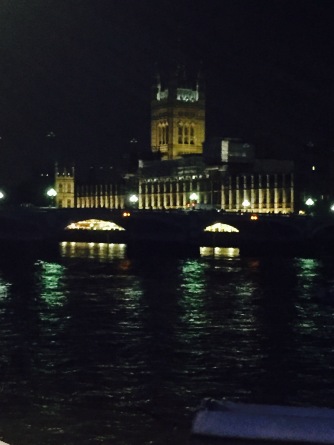 Tonight we found our way around a bit and took a ride on the London Eye. I was sure to point out the Thames River, discuss a brief history of the London Tower, and point out that Big Ben is not just a huge clock that does ding and dong on the hour, rather ominously, but does, in fact, house the British parliament. All very important facts since this is, of course, a field trip.

All to which Justin replied, “Can I get a hot dog?”

I learned that elevators are lifts, the British like their public transportation hot and stuffy and England smells like meat. In fact, here, pastries are not donuts or bear claws. A pastry refers to meat wrapped in flaky crust, which doesn’t sound entirely bad, but I really want something resembling Entemann’s with all this tea.

Jeff is off to work tomorrow which means Justin and I may venture over to Westminster Abbey (pictured behind me in bottom photo) by ourselves. This requires two trains and a ride on “the tube” (underground train). Or one taxi, one train, one tube. Oh this should be good.

I miss Nicky and Michael. But they are in good hands, keeping up with school, riding bikes and laughing with friends during our FaceTime, clearly having more fun than this “that sounds boring, mom” trip. And, truthfully, this summer I learned in Colonial Williamsburg that these kind of trips are for OLDER kids.

Justin didn’t really have a choice, being still very attached to me and on a complicated oral chemotherapy regimen. When I asked “permission” from one of his doctors, she pointed out that we were not traveling to the jungle and they do, in fact, have hospitals in London. Right.

One final thought is a verse running through my head.

Thou wilt keep him in perfect peace, whose mind is stayed on thee: because he trusteth in thee. Isaiah 26:3

Oh and we did not have roadside food truck hot dogs for dinner. We managed to Americanize a burger with lots of ketchup (hold the gravy look-a-like red stuff) for Justin and I had fish and chips…what else? Grace be with you, my friends.